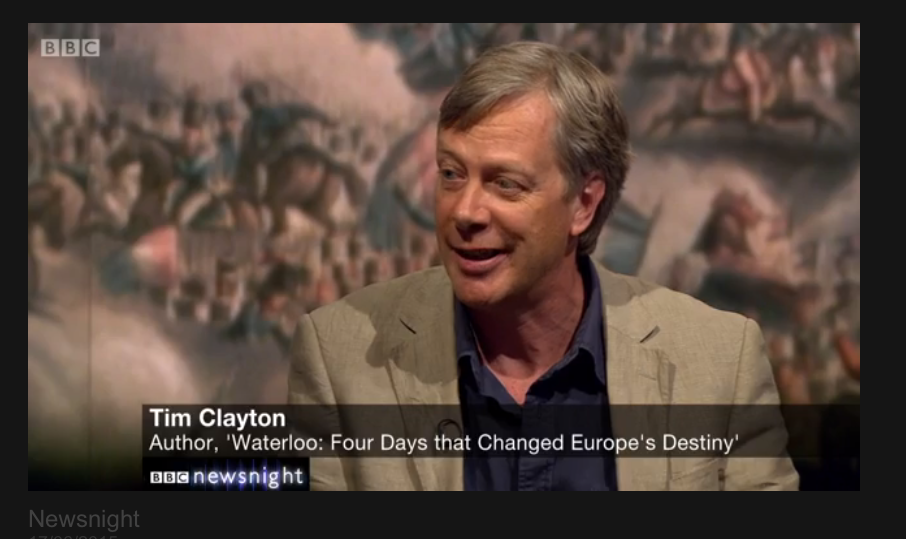 I very much enjoyed my live appearance on Newsnight to discuss the Battle of Waterloo on the eve of the anniversary. I had just done a four-hour presentation on the battle for Inscape and was leaving for Waterloo at 6am the following morning but the opportunity was irrisistable. Thanks to Evan Davis and the team for making it such a relaxing experience and to Andrew Roberts for encouraging a novice and for his kind words about my exhibition, Bonaparte and the British.

Sorry, the comment form is closed at this time.